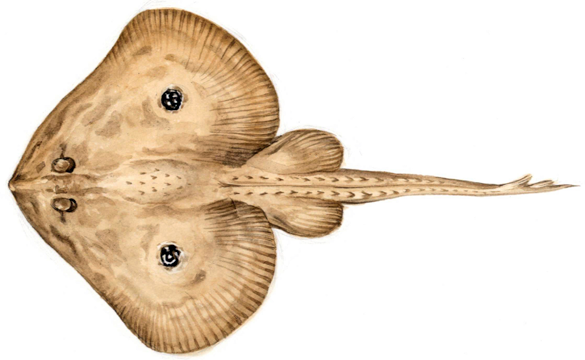 This ray is sandy brown in colour and has two ‘eye spot’ markings on its wings. Thorns run down the back and tail. Lying on the seabed, it covers itself in sand and pounces on its prey. Young cuckoo rays eat crabs and shrimps but adults prefer fish. The female cuckoo ray lays eggs called mermaids’ purses. Empty egg cases often wash up on the beach.