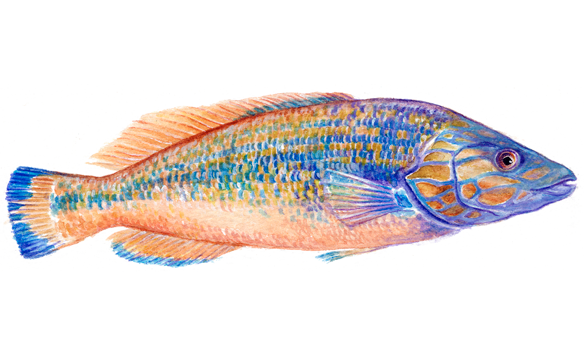 Scotland’s most colourful fish, the cuckoo wrasse is at home in the kelp forest. Male and female cuckoo wrasse are different in appearance - females are pinky orange while males have bright blue patterns. Cuckoo wrasse are born female and then change sex and colour. Courting males display even brighter colours to attract females.