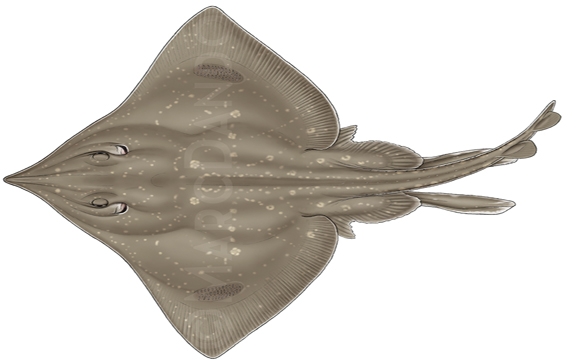 Length: close to 3m with a 2m wingspan

The world’s largest skate, these skate were not identified as a separate species until 2009! Prior to this the species was lumped with the smaller Blue skate and known as the Common skate. Both of these species were heavily fished in the 19th and 20th centuries. The intense fishing pressure has left the Flapper skate extinct though much of its historic range. It is a long-lived species which is slow to reproduce, like many of its shark and ray cousins, and so its population will be slow to recover.