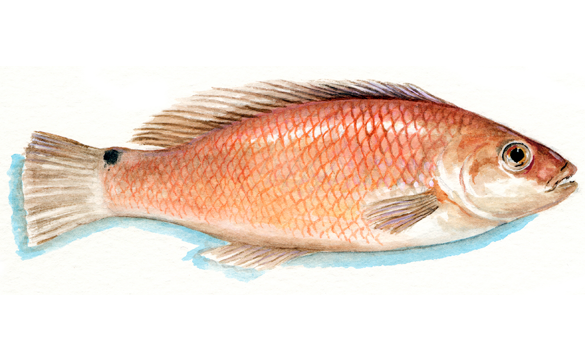 Although bright orange, this little wrasse is less colourful than other wrasse. It can be identified by the black spot near the tail. Goldsinny wrasse are known to also eat skin parasites from other fish and are used in fish farms to rid salmon of their lice. During the summer, goldsinny wrasse spawn in deep water.