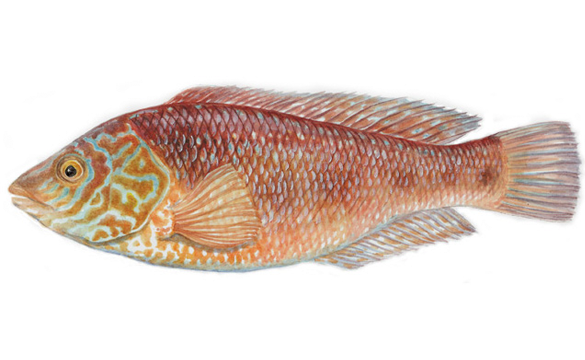 Similar in appearance to other small wrasse, the rock cook is orange-red in colour with bright blue lines running along the side of the head. Rock cook act as cleaner fish for other fish and will remove parasites from bigger species such as ballan wrasse. They are known to have certain locations that serve as ‘cleaning stations’ where fish can be cleaned by groups of rock cooks.