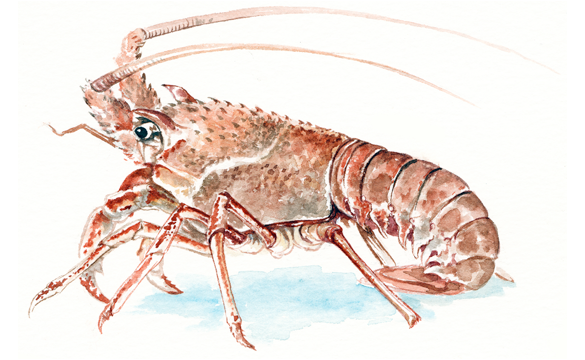 Also known as a crawfish, the spiny lobster lacks the large pincers of the common lobster. Normally living in rocky crevices, spiny lobsters are known to make mass migrations to deeper water during the winter months. It is thought that they make sounds using their antennae to communicate with each other.